A couple of months ago, as part of this outstanding exhibition, we were very proud to provide images and information about Marcello d’Olivo‘s Condominio Zipser from 1964 and other buildings located in Grado, Italy. Recently the exhibition #SOSBrutalism was closed to the German public in Frankfurt and will open it’s doors to the Austrian public tomorrow, May 3rd, 2018 at Architekturzentrum Vienna.

#SOSBrutalism is a growing database that currently contains over 1,100 Brutalist buildings. But, more importantly, it is a platform for a large campaign to save our beloved concrete monsters. 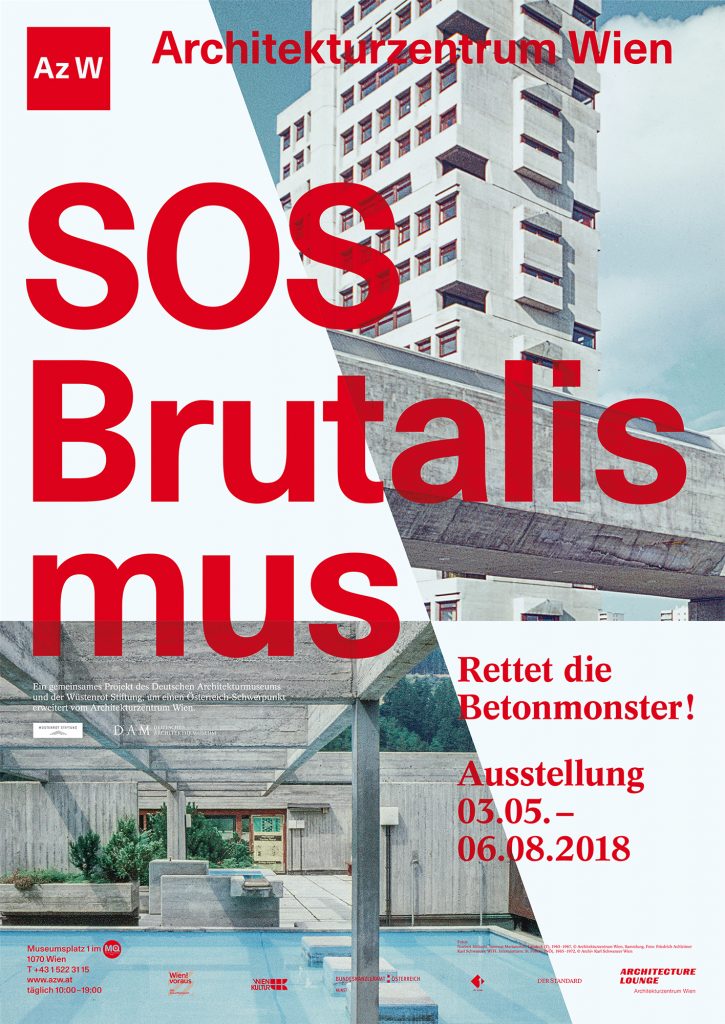 Love it or hate it, the rediscovered Brutalist architecture leaves nobody cold. The exhibition presents international and outstanding Austrian examples highlighting the projects’ architectural and social relevance.

For several decades Brutalist buildings were vilified as architectural eyesores, and torn down or left to decay. Does the current hype herald a reversal in this trend? The global online initiative SOS Brutalism – which has already compiled over 1100 buildings in a database (www.SOSBrutalism.org) – inspired a major exhibition project at the Deutsches Architekturmuseum in Frankfurt. The exhibition to have emerged from the global online platform offers, for the first time, a world-wide survey of Brutalist buildings completed on every continent between 1853 and 1979. What societal developments, which architectural and political ideas provide the context for this international phenomenon? However the exhibition also pursues the question of whether Brutalism can even be defined, or how, and addresses possible strategies for renovation in line with accepted conservation practice.

Unusually large cardboard models and 25 sculptural concrete models in the exhibition clearly convey the fascination and quality of Brutalist architecture. The extensive collection of the Architekturzentrum Wien is a rich resource for the special focus on Austria added especially for Vienna, and enables us to show great original material, including models, photographs, sketches and plans. The ten Austrian highlights range from iconographic buildings, like the Wotruba church, to less well-known examples, such as the Oblatenkloster by Johann Pleyer in Vienna-Hietzing, or the Mariannhill boarding school in Landeck by the recently deceased Tyrolean architect Norbert Heltschl – some of which are in acute danger of demolition or modification.

Back in 2012, with the ‘Soviet Modernism 1955-1991’ exhibition and the database compiled in parallel to it, the Az W was substantially responsible for the international rediscovery of Brutalist architecture. With the hosting of and addition to the exhibition ‘SOS Brutalism’ we are joining in this work and reacting to rising interest in the architecture of the 1950s to 1970s, which occupies an key place in the Az W Collection. A cooperation by the Deutsches Architekturmuseum and the Wüstenrot Stiftung, for a focus on Austria added by the Architekturzentrum Wien. 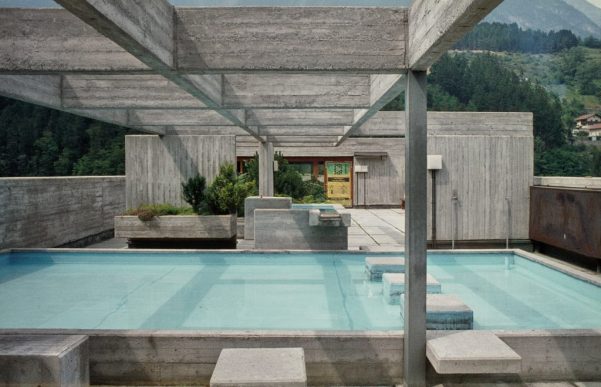 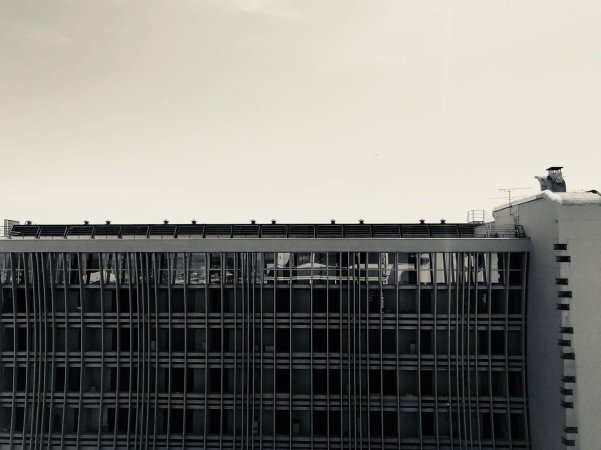 to accompany the exhibition ‘SOS Brutalism’

The Az W Insta-Photo Award also directs the focus to the rediscovered Brutalist architecture from the 1950s to the 1970s. Post new perspectives of these exposed concrete buildings with the hashtag #brutalism_azw from Mon 23.04 to Sun 27.05.2018.

A Jury is selecting the 10 best photographs, which will be presented at the Az W on 11.07.2018 (Opening at 19:00). The winning photograph will be shown for two days on INFOSCREENs Austria-wide.